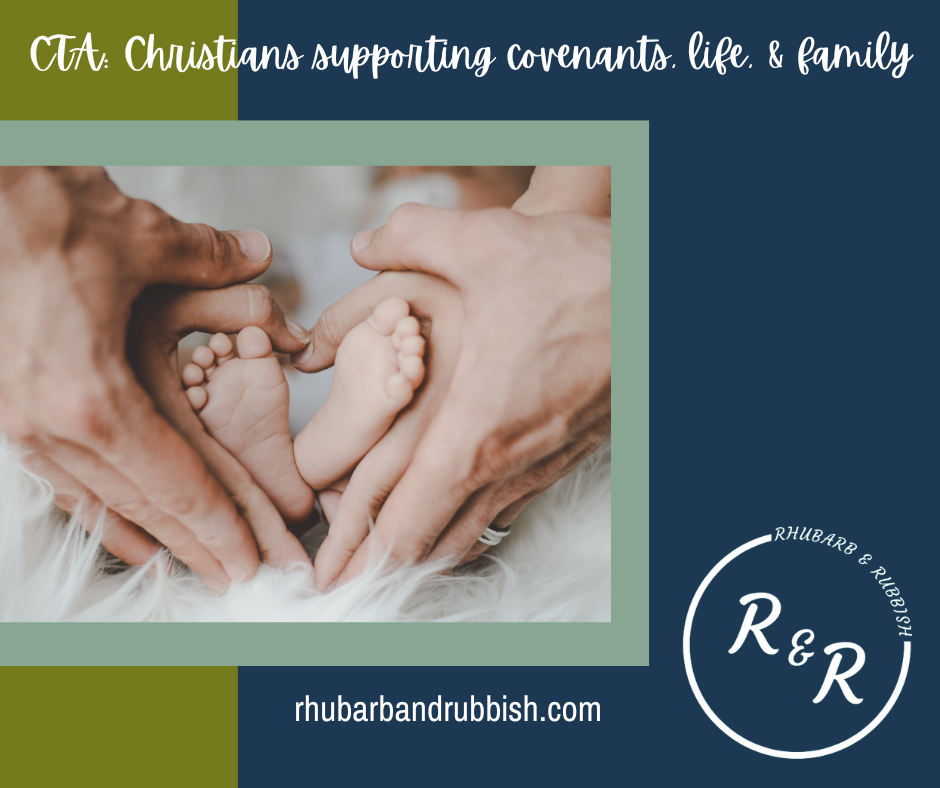 Abortion isn’t just a right-to-life issue. The act of abortion results from a series of acts of rebellion against God’s commandments, including how as a society, approach sex and marriage, how we view creation, and the way we support family, both nuclear and church families. Again, there are more reasons, but these are just a few that rise to the top as critical.

I doubt I need to produce evidence of the increase in premarital sex, living together before marriage, or even choosing to partner but not marrying in our society. I’m a part of this statistic. I have had premarital sex, and I have lived with someone before marriage. What I can tell you about my experience was that I knew better because I had been told from a young age that it was wrong. But, just because I knew better didn’t mean I understood why. I was told it was a sin but never given any explanation beyond. I came of age in the 80s and 90s, not the free-wheeling sexual revolution of the 60s, but still not openly accepting of sex out of wedlock. I needed more than because the church and bible say so. I needed evidence as to how it would benefit me, and examples of the real and unchangeable consequences. Do you think we as a church are doing any better explaining this to our young believers? Do you think what we have told them is enough to withstand the pressure of a society that fully embraces sex as an expression of self and freedom?

God made Adam out of the dust of the earth and Eve out of Adam’s rib. He made them to be “one-flesh” (Genesis 2:24). The bible does not deny that we are sexual beings and even celebrates our sexuality (Song of Solomon). Many argue that the Old Testament shows ample evidence of multiple wives, sexual exploits outside marriage, and the like. However, it behooves us to remember that God’s original plan, you know, the Garden of Eden, was designed for Adam and Eve. Eve was literally made for Adam! Just because the bible shows evidence that something happened and was accepted in society doesn’t mean it was intended or accepted as right, good, and obedient by God. Don’t be swayed. God’s intention was for sex to be a covenantal act inside the confines of marriage between a man and a woman. We need to be better about openly talking amongst ourselves and to our children about healthy sexuality within the confines of God’s design.

The exultation of science over creation has allowed us to feel justified in seeking pleasure despite the consequences of our actions and, in turn, to justify a quick removal of those consequences by getting rid of an annoying clump of cells that may change our life and make it more difficult. So, firsthand, we use each other for pleasure or to feel a moment of connection or feel beautiful and wanted without the commitment of relationship difficulties and sacrifices. On the other hand, when we have been caught in the consequence of the callous and reckless pursuit of personal pleasure and self-actualization, we just take a pill or get a simple procedure, allowing us to continue to ignore the real issue–a deep and profound need for the love and acceptance of Jesus Christ. Just as a human embryo is more than a clump of cells, so are we. If all we are to each other is something that emerged out of primordial ooze, is it any wonder we view our physical bodies as instruments of sexual pleasure rather than temples of God? Is it any wonder that we don’t see life’s potential in an embryo?

Again, I don’t need to pull statistics for you to know that the nuclear family is in decline. The nuclear family refers to the traditional family of a father and mother who stay together and who raise their children together. Again, as a divorced woman, I can tell you the ravages of a broken family. No matter how hard we work to make things okay after things break apart, they will never be the same. Have you ever seen this family in church? Have you ever seen one of their children act up in church? Have you whispered to the person next to you, “Well, you know she or he got divorced”, while raising your eyebrows? Or have you gone up to them and asked them if they need help? Have you stopped by their house on a Saturday with a freezer meal or some treats for the kids? Have you called them on their alone weekend to see how they are? Do you ask them about their worries with the new stepmom or stepdad?

Sometimes people make a mistake, choose life, and are left alone to raise a child. Are you one of those that give them the look when the baby won’t settle during the sermon? They should take the baby to the nursery, right? Does it matter that they desperately need the love and support of adults who have done this parenting thing before rather than being ostracized to the nursery with the teenagers left to watch the babies? Does it matter that they so desperately want you not just to accept them but also their baby? Does it matter that they don’t want their baby to bear the mark of ostracization because of their mistake, because they know their baby isn’t a mistake? Have you ever approached the single mom and dad at the back of the church and asked them if you could sit by them and worship with them?

What about these same divorced and single parents you meet at work? In your neighborhood? Yes, sin is more than likely involved in their circumstances. Haven’t you been given grace? If they are at church, they are seeking forgiveness and trying to be obedient. If they aren’t at church, don’t they need to see the face of kindness and compassion that only a true follower of Christ can bestow upon them?

We don’t just have our nuclear blood family, we also belong to the family of God. Get out of your comfort zone. Get rid of your judgment. You can speak God’s truth without judgment, leave that to Him. Be God’s light. Tell the young people about God’s convenants. Treat people with the common humanity that God gave to us all. Share the burden and responsibility of children with parents in and out of your church, married, divorced, always single. Go. 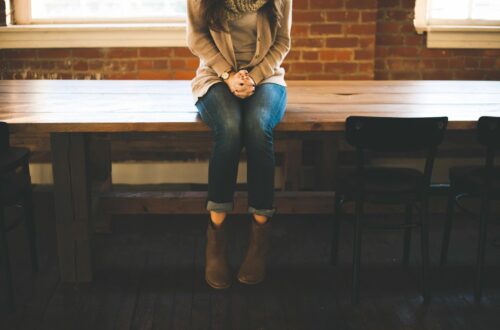 Do I have to wait? 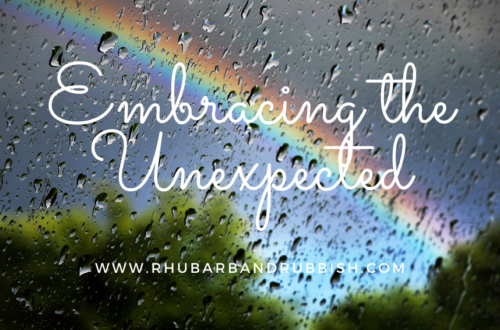 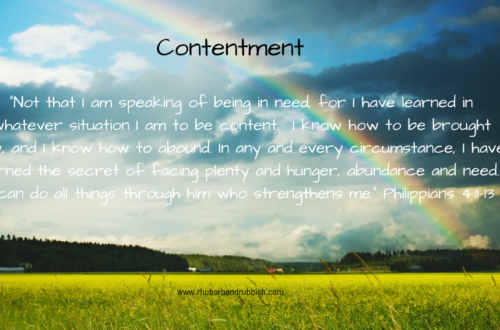 Contentment No Matter the Circumstances